We are a passionate group of educators, who believe that with the right approach, every child can discover the joy of math. Our rigorous faculty selection process ensures that your children are always in good hands at EMC. 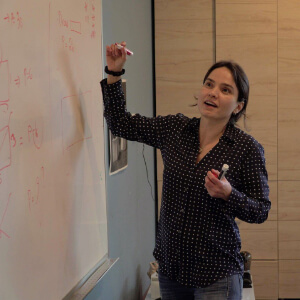 Anna Margolis, the founder of EMC, grew up in a family of Russian math teachers and professors. She fondly remembers her childhood math discussions with her parents. The overall feeling that the world of math is magical lives on in her to this day, and drives her passion for teaching.
‍
Anna holds a BA degree in Math and Computer science and a Masters's degree in Applied Mathematics. She has been teaching College and University level mathematics most of her adult life, in Israel and in the US.

In 2012, when her son Ron was 5 years old, Anna formed the first EMC group for him and his friends. Since then, these lessons have evolved into a lively after school math program. During these years, Anna was able to develop her own way of teaching: she successfully combines Math Circle-type lessons with the full-year comprehensive curriculum that covers all aspects of maths needed to succeed in school and beyond. Anna passes her passion for math and problem solving onto her students, and inspires them to fall in love with it, just like she did when she was a little girl. 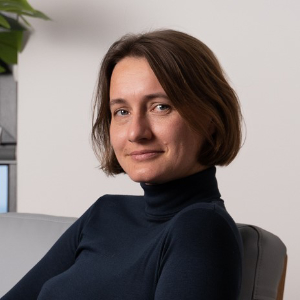 Antonina is inspired by the twinkle in the eyes that kids get when they say - “I finally get it!” Antoninal loves making math accessible for everyone, and to teach using real live examples.
‍
After completing her degrees, Antonina worked in the IT sphere but after having kids of her own, and starting to teach she realized that this is exactly what she loves to do, what motivates and drives her the most! 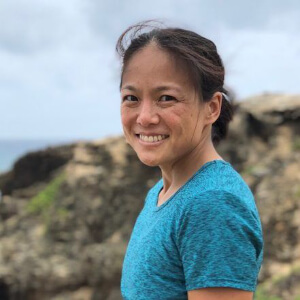 Stephanie enjoys problem solving and is drawn to mathematics because of its application to everyday activities. She has been tutoring and teaching since middle school and loves connecting with kids.

Stephanie received her B.S in Engineering from Harvey Mudd College and Ph.D in Biomedical Engineering from UC Davis. After working in aerospace and medical research, she circled back to her first unofficial career in education to make it official. Stephanie taught math and science and was lead curriculum developer for homeschoolers before joining EMC. 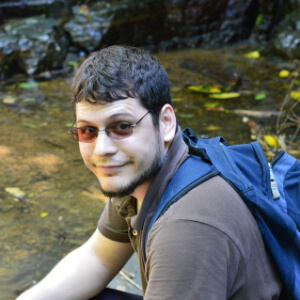 Andy is a math and science enthusiast who loves pursuing and distributing knowledge. From an early age, mathematics and how to approach learning it helped him to excel as a tutor.
‍
Andy has a Bachelor of Mathematics from the University of Waterloo, where he also studied other languages and computer science. He also has a game programming degree from Humber College where he rediscovered his passion for leading and teaching small groups.
‍
Before joining EMC,  Andy most recently taught math and science at QuantumCamp where he was Lead Curriculum Developer for Mathematics.  Andy has also tutored high school and college level courses throughout his career.
‍
Andy's passions include games of all types, be it video, board, card or sports. He loves to design new games and dig into existing games to figure out how they work and could be improved. 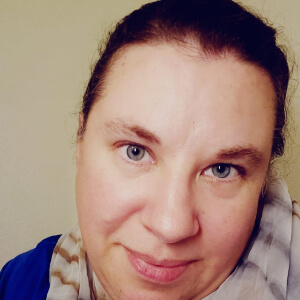 Although Jessie is a life-long lover of number and logic puzzles, she never really thought of herself as a "math person" until she started teaching. Math was so much a part of her life that she never even noticed it! When she started teaching science, Jessie realized that math and science are intertwined, and both are important tools to help you understand the world.

Jessie has a bachelor's degree in astrophysics from Mount Holyoke College in Massachusetts, and a doctorate in science education from the University of Arizona. She taught math and science to college students for most of her career, teaching at tribal colleges in Arizona and Nebraska. Her particular interest as a researcher and educator is ways that students' cultural and personal identities influence their learning of science. When she became a high school and middle school teacher, this focus on students allowed her to create classes that built on students' interests and goals to keep them engaged and motivated.

Jessie is happy to now be a permanent resident of the Pacific Northwest, where she enjoys hiking, sightseeing, and foraging in beautiful Oregon. She lives with her wife and two cats near the Oregon coast, which is a wonderful place for kayaking, fishing, and camping. Jessie also enjoys writing, painting, singing, and acting - but not well! 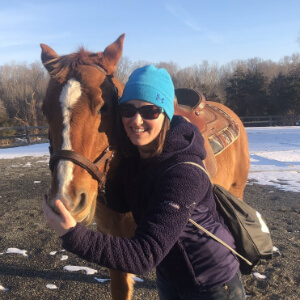 Erin has always had a passion for teaching since she was 12 years old. She wants to help kids understand how math is applied to solve critical problems in today's world, such as performing risk analyses and modeling aircraft collision rates. Erin grew up in sunny southern California (San Clemente, CA). She enjoys hiking with her two dogs, horseback-riding, biking all over northern Virginia, whitewater-rafting, and eating sushi. Erin has lived in Virginia since 2011, and yes, Sunshine is her real last name. She has two adorable Pomeranian dogs (Kaia and Trixie) and a horse named Rey. 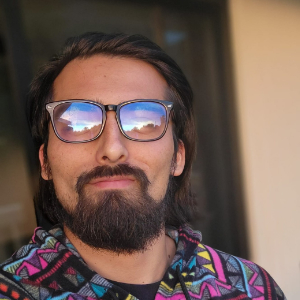 Since he was a kid, Luis liked to solve math problems as he saw in them a challenge in which multiple approaches could lead to the same answer. As an active person who likes to explore his surroundings, he found in Math and Science a great way to connect with people and to understandour world.

Luis has a bachelor’s degree in civil engineering from the Pontifical Catholic University of Peru, and a master’s degree in construction management from the Peruvian University of Applied Sciences. He worked on his career for over 5 years, time in which he discovered his calling to become a teacher while overseeing workers’ construction capacitation. He started to teach college and high school students realizing that he genuinely enjoyed working with younger students to help them creating a solid base in math for their future, which is now his passion and motivation.

In his free time, Luis enjoys practicing sports, reading, and exploring new subjects that catch his eye. He just started researching and studying astronomy and quantum mechanics, topics that he would like to master one day. He is an enthusiast of martial arts, and loves video games, dogs, and motorcycles. 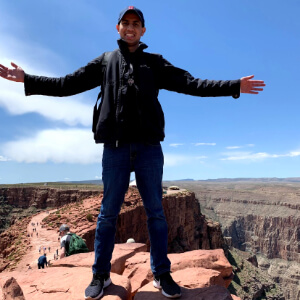 Ankit has enjoyed solving math problems since he was a kid and has an affinity for problem solving. He has been teaching students ages 6-18 in a variety of topics such as geometry, algebra and calculus for the last 6 years.

He holds a B.S. in Finance from Northeastern University and is currently working as a software consultant in Boston. In his free time, Ankit enjoys hiking and playing pickup basketball. 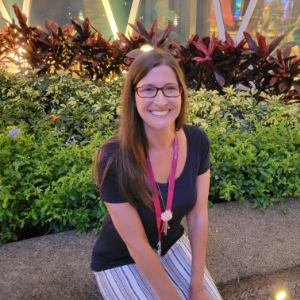 Wendy has loved math since she was little. It not only helps her explain the world around her but is very exciting, challenging, and logical. She has always enjoyed helping other struggling students succeed in math and became a tutor at a very young age.

Wendy graduated Magna Cum Laude with a Bachelor's in Applied Mathematics with Honors in the major from Florida State University helping with modeling pancreatic cell bursting. She attended several applied math camps in Alberta, Canada and Penn State. Soon afterwards she got her teaching certification through Western Governors University. She has moved around the country with her husband in the Air Force and taught middle and high school mathematics in IL, CA, SC, and GA. At one point she was also lead instructor at Mathnasium, where she gained a better appreciation for mental math techniques and visual strategies. Finally, she obtained her Master's in Mathematics Curriculum and Instruction through the University of Texas at Arlington.

In her free time she enjoys singing, quilting, exercising, spending time with family, and enjoying the life she has been blessed with. 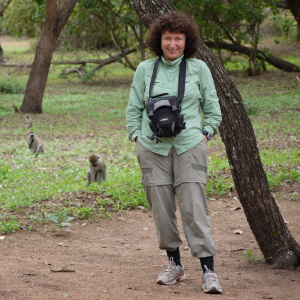 Janna is a mathematician. To her, math is a way of thinking and making sense of the world.

Janna has been teaching math and computers to children since her first year in college, where she received her Master’s degree in Math and Computer Science.

Janna has been working for high-tech companies in Silicon Valley as a software engineer and solutions analyst for many years. Now, she is happy to get back to her roots of helping kids enjoy the beauty of math and sharing her excitement of solving challenging problems.

Also, Janna loves to travel and photograph beautiful places. She, and her husband, have visited all continents, except Antarctica. 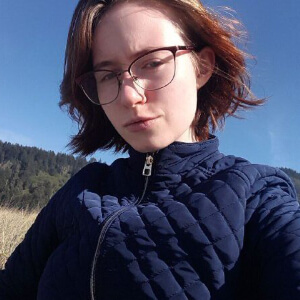 Since childhood, Katya loved solving puzzles and watching TV shows about space. She begged her grandparents to give her fun problems to solve, and in Katya's family there were more than enough of them - most of her family members had STEM degrees and loved to teach Katya what they knew about math.

Now, Katya studies Physics at the University of California Santa Barbara College of Creative Studies. She is just a freshman, but she already has a lot of experience in teaching math and physics. In high school, Katya discovered her talent for teaching, tutoring middle and high school students in those subjects. She eventually started to introduce math outside of the school curriculum like Non-Euclidean Geometry and Game Theory to middle school students at Pleasanton Math Circle. She also organized middle school math competitions at the Amador Valley High school division of STEP UP for Women. Eventually, she felt confident to take the main stage at TEDx AmadorValleyHigh, where she talked about the secrets math holds and its infinite number of applications in our daily lives.

In college, Katya is currently taking upper division math classes like Partial Differential Equations, Vector Analysis, and Linear Algebra with applications in Quantum Mechanics. With this much math and physics background, she is sure that kids will be entertained during her classes. 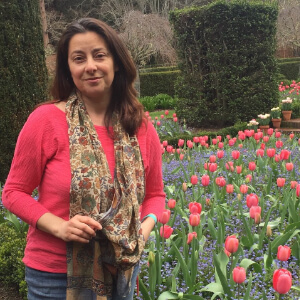 Alla has always gravitated toward math. While at school in Tashkent, Uzbekistan, math, and geometry in particular, were her favorite subjects. After immigrating to the US, she had started tutoring Algebra at the American River College in Sacramento. While still learning English, math gave her the freedom to communicate. She was able to pass her knowledge and love for the subject to struggling students.

Alla had since graduated from UC Davis with a BS degree in Electrical Engineering. She has been a part of the tech world in Silicon Valley for many years, working at startups and large corporations. Even while holding a full-time job, she had continued to tutor kids in math at the local libraries.

After starting her own family, Alla has taken a step back from a full-time career. She has not, however, stopped working with kids and continued teaching math at her sons’ schools.

Alla loves working with kids, and seeing their eyes light up when they accomplish something new. She wants to be a part of this journey and looks forward to helping your children learn and explore the exciting world of mathematics at Engaging Math Circles.