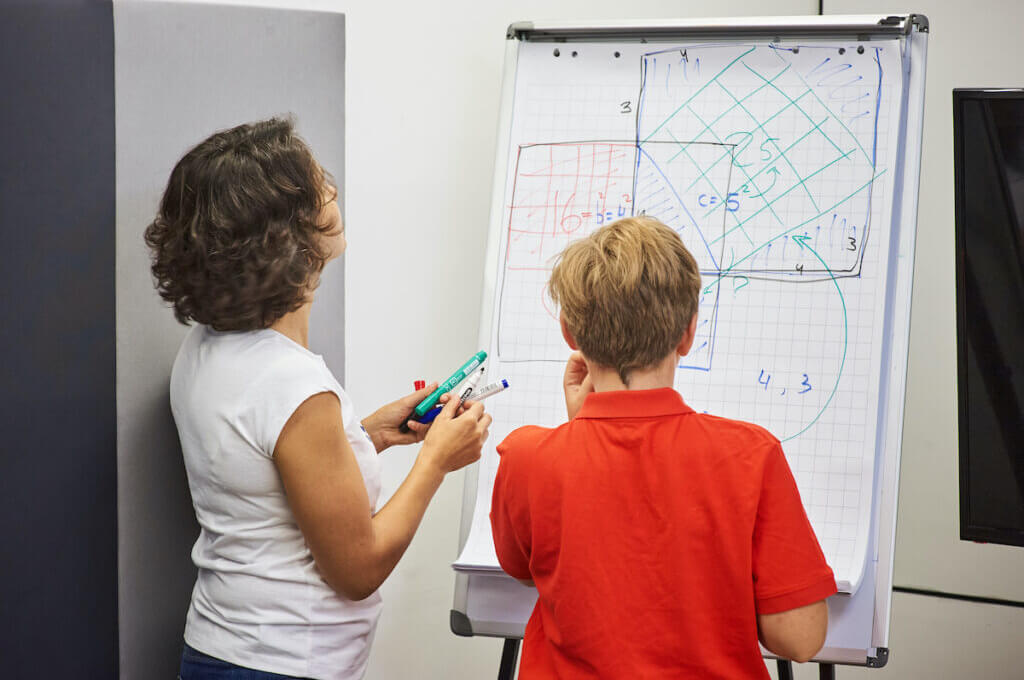 There is no one way to approach learning and teaching math. Aside from the innumerable systematic approaches to mathematics, different countries around the world approach math in their own way. Some use strict routine and standardized testing. While others use large amounts of freedom and minimal homework. Some countries believe math to be of the utmost importance. While others may not feel this way. By looking at the many math curriculums throughout the world, we can get a better idea of the details of this picture. So in this article, we discuss how different countries approach math education in relation to how important they feel math to be.

Does Mathematic Success Depend on How Math is Taught?

The first thing worth pointing out is that there is no one way to teach mathematics to obtain impressive results. As the old expression goes, “there are many ways to skin a cat.” Not only that but genius can be found in every country.

A four-year study that professor of education James Hiebert of the CHEP’s School of Education conducted demonstrates this idea. At that time Japan had the highest math scores in the world, but not too far behind were countries like Hong Kong, Czech Republic, Switzerland, the Netherlands, and Australia. In fact, those are the exact countries for which Hiebert conducted his study.

He found that each country had a distinct teaching method for mathematics. Even what many thought to be the most important elements for learning in one country could be ignored in another. What was consistent in all of these countries was that teachers constantly taught new concepts, along with the reasoning why math functions in the way that it does.

Which Countries Think Math is Important

In truth, we couldn’t find any country in the world that believes math is unimportant. Math has such a fundamental purpose in our lives, we cannot avoid it. Within and without society, mathematical thinking is key.

Yet, although every country does find importance in mathematical education, it doesn’t always seem that way. That’s because of all the other factors which influence not only mathematic but overall education success. The most prominent factor is the overall state of the country’s economy coupled with the average poverty of the population. Those countries with poor resources, infrastructure, and general funding always have poorer education scores on a global level. The support is simply not there.

On the other side of the spectrum, those countries that show consistent success in mathematics like Japan, Singapore, and China, tend to have a more radical approach toward education. Far East Asia has had the lead for many years now. Students in these countries cram in countless hours of study from the earliest of ages – we mean as early as preschool! Not to mention all the social pressure. This leaning toward math is also a product of the importance placed on high-paying and prestigious jobs that require great math skills.

The Importance of Math Education in the US vs Russia

Most of our parents and teachers come from either the States or Russia, so we’re addressing these two countries under their own heading.

Both Russia and the US view math as being a very important subject – among the top two school subjects. Yet, the Russian approach to mathematics is quite different from the American approach. In Russia, children begin learning difficult math concepts from a much earlier age than in the States, just like in some other countries we mentioned earlier. From there, as the child grows, these concepts keep developing and improving. This approach may seem counter-intuitive, but have faith in the power of a thinking child! Teaching more “difficult” subjects at a young age makes the information far easier to assimilate, the concepts being already familiar.

Russian Math emphasizes an intricate, deep understanding of math and how we solve math problems, versus just memorization. Children learn how to problem-solve completely on their own from a young age. Furthermore, Russian math textbooks usually feature deep and lengthy explanations as to why we solve a problem a particular way. Going further, teachers often ask students to explain how they reached a certain conclusion versus simply stating the answer.

While in many countries around the world, including Russia, schools introduce geometry and algebra as early as grade 5, in the US schools don’t introduce them until high school. When teachers teach them, they teach them as a series of patterns and formulas that students must remember, not as a basis of thinking. The Russian approach on the other hand looks at math education as a tool of mental development.

Why Is Russian Math Education Seen As Stronger?

We would like to emphasize that Russian math has nothing to do with your genes, DNA, or any inherited ability to solve problems. It is simply the way the board of education developed the school curriculum in countries of the Soviet Union. In turn, this curriculum proved to be strong and stuck around. Anyone can become a strong problem-solver if they follow these techniques. Especially if they start learning from a young age.

At EMC, we don’t simply teach math according to the Soviet curriculum. We use some concepts as a base and then expand to make it more fun, understandable, and engaging. We encourage kids to stay curious, ask questions, and play around with new concepts. Furthermore, we teach in small groups which differs from the big classrooms of the Soviet era. Small groups help kids stay engaged and at the same time we, as teachers, we can dedicate enough time for everyone so no one gets left behind.